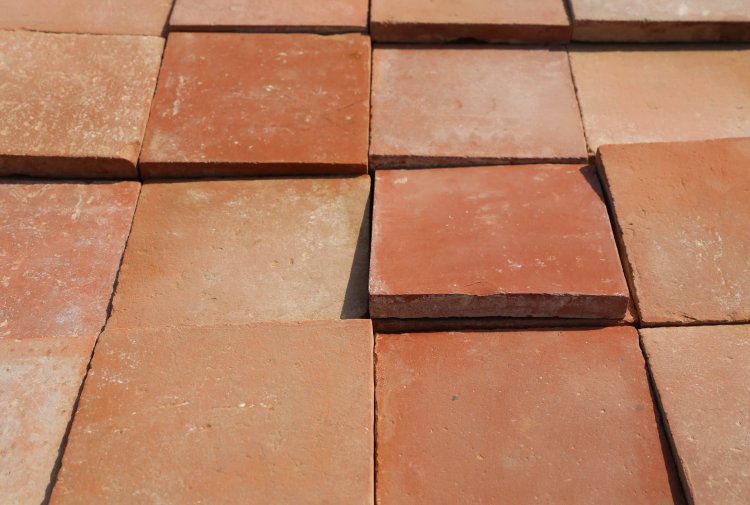 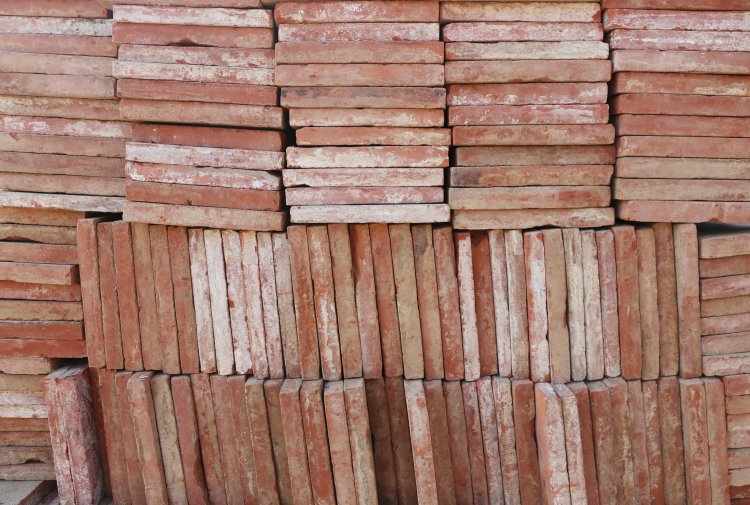 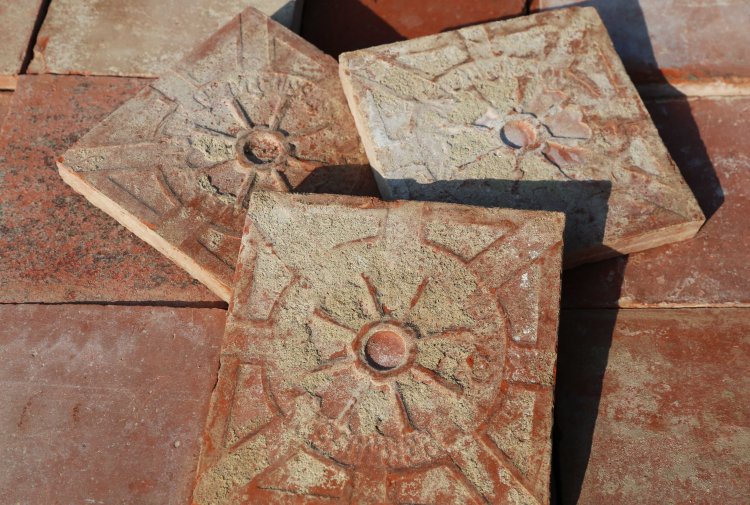 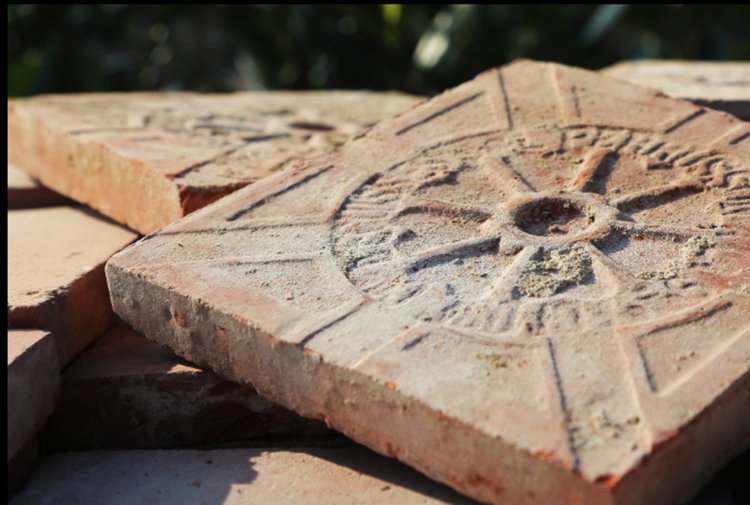 Information
Strengpers
In the old days, the old peasant tiles were still formed by hand. From the 19th century, however, the extruder was invented. The dry clay destined for the terracotta tiles was pressed through the extruder using a worm. The mouth of the press determined the desired width of the old peasant slab. With a steel wire, the old terracotta tiles were then also cut to length. This extruder, on the one hand, ensured that the shape of the terracotta tiles became dimensionally stable, but also that the clay was pressed harder and the old farmer's floor was more homogeneous.

Red farmer's pits
Because in the 19th century also the technique of heating became better and better, the terracotta floors could also be fired at higher temperatures. Because of the higher temperatures the farmers' pits also became harder and less porous.

The entry of the extruder and the improved furnace ovens resulted in hard and dimensionally stable pans. These hard-baked old terracotta tiles are often red to dark red in color.

Machining pigs
Sometimes these hard-baked terracotta tiles are also referred to as mechanical farm pans. The old farmer's ponds were no longer formed by hand, but by means of a string press.
Typical of these red farmers' ponds is their dark red color and their size of 20cmx20cm. The Opkamer always has beautiful parts of these red scents in stock.